Video series are a great way to encourage viewers to watch more of your channel. Turn a hit video into a popular video series to attract new subscribers. Follow these five useful tips to get started with a video series on YouTube.

Experiment with a variety of content ideas before you pick one for your video series. Post different content formats and measure each one’s performance. Use YouTube analytics to discover which videos have higher engagement, retention, views and comments. Choose the content format the has the best response and build your series around it. For example, Rosanna Pansino experimented with several content formats before she started NERDY NUMMIES. She noticed that audience loved it when she combined two different genres – food and gaming into one video.

2. Shoot several episodes at once

Every video series requires a consistent uploading schedule to become a success. The best way to maintain an uploading schedule is to create several episodes ahead in time. This way you won’t leave your fans disappointed if you are unable to upload a new episode. However, don’t make too many episodes without knowing what the audience’s response would be. Ideally, create 3-4 episodes ahead in time.

3. Use consistent branding in every episode

Consistently brand all the episodes in your video series. This will make them stand out from the rest of the videos in your channel. Additionally, use consistent tags and titles to establish that the video is an episode in a larger series. Viewers can quickly notice the relation between all the videos, just by looking at the titles. For example, Tastemade has a series of videos that share drink recipes. Each episode begins with the show’s title “Thirsty For…” overlaid onto the image of the week’s drink. This consistent branding strategy ties together all the videos in the series.

4. Organize your video series into playlists

Organize all the videos in your series into a single playlist. This way viewers just have to choose a series and click play to watch it from episode one. Playlists create a comfortable viewing experience for viewers. Additionally, viewers tend to watch more of your channel. For example, Test Tube News organizes their educational series into ordered playlists on their channel homepage. This ensures easy browsing for viewers. 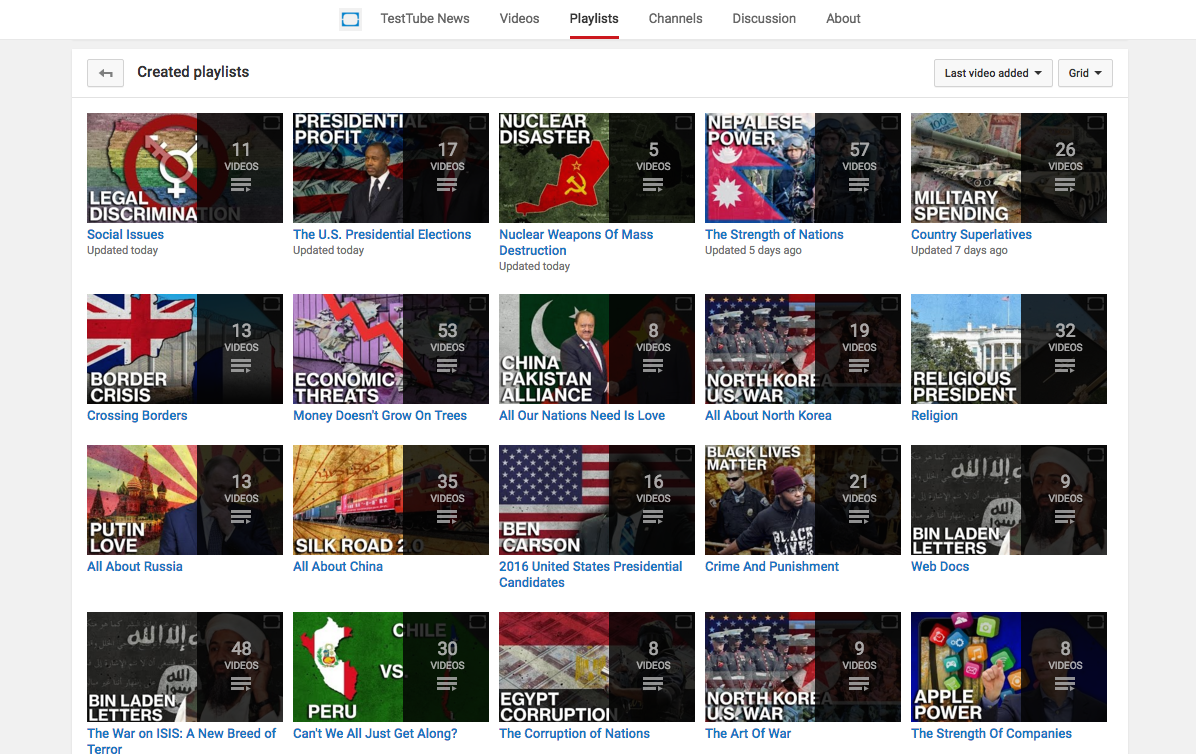 5. Get viewers to come back to watch your series

Mention your uploading schedule in your videos or under the description tab. Use strong calls to action to get viewers back to your channel. For example, Tati’s Tip Tuesday videos make it very clear that she uploads new makeup tips every Tuesday. This is a great way to let viewers know when they can come back to watch more videos.

Turn a hit video into a branded series to provide viewers with more content that they love. Branding your video series is instrumental for its success. Make sure you incorporate the above strategies when creating a new video series on YouTube.

Manasa Boggaram is a writer and has a strong passion for music, positive news and constructive journalism. When she is not researching story ideas or writing blog posts, she spends her time reading books, discovering new music and eating lots of street food.