Why Dave Goddess Group Is The Next Rock Legend

Dave Goddess Group is a New York City-based band that’s making rock ‘n roll all its own. This five-member rock band is reinventing the classic genre for an audience all its own.

Here’s why Dave Goddess Group is the next rock legend.

1. They put on a fantastic live show.

Dave Goddess Group is known for its sweat-soaked live shows. The band plays all over the northeast US, drawing in crowds with every killer chord.

Check out this killer set from Webster Hall.

2 They’ve built up a strong fan base in their hometown.

Ever since the release of their debut album Something New, the band has developed a dedicated fan base in its hometown of New York City.

The Philadelphia Inquirer put it this way: “amid the drive and the clarion uplift, Goddess has poured his heart and soul into the best songs of his life, songs that resonate deeply beyond their passion and energy.” 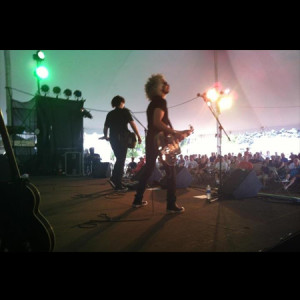 3. They focus on modernizing their classic rock sound.

Dave Goddess Group’s new EP Blown Away is a perfect demonstration of how this band is transforming classic rock for the modern age. This new music rides the bleeding edge between classic rock and something totally new.

Check out one of the band’s latest tracks below.

Dave Goddess Group is reinventing the rock genre. Keep up with the band on its official website.

Kristen Harris enjoys listening to a wide range of music, from Taylor Swift to, on occasion, Celtic instrumental. She also spends her time writing, reading, and baking.