Forbes named Felix Kjellberg, known for his YouTube channel PewDiePie, as the highest earning YouTuber with an annual income of $12 million. Kjellberg posts videos of himself playing video games for viewers. The channel continues to grow at an exponential rate with over 43 million subscribers and 11 billion views across all videos.

So how did Kjellberg get to where he is today?

Below are five reasons that catapulted PewDiePie to success:

PewDiePie’s high subscriber count can largely be attributed to interesting content. Video game walkthroughs are very popular on YouTube. Kjellberg’s channel stands out in particular, because of the personality he exudes through his videos. Unlike other gaming walkthrough videos, Kjellberg shares priceless gaming moments with his “bros”. His reactions range from goofy to obnoxious with a frequent use of profanity. His commentary is emotionally charged and filled with regular bursts of laughter, startled cries and goofy yelps. Viewers often subscribe to PewDiePie just to see Kjellberg’s intriguing reactions to video games.

A large portion of Kjellberg’s earnings come from advertisements and sponsorships. With over 43 million subscribers, PewDiePie is a very lucrative platform for brands and advertisers to feature their products. The channel hosts sponsored and integrated advertisements as well as product previews.

PewDiePie’s success is largely due to Kjellberg’s unbreakable consistency. Kjellberg uploads at least one video to PewDiePie every day. This gives his subscribers, who he fondly calls as Bro Army, tremendous opportunities to share his videos. 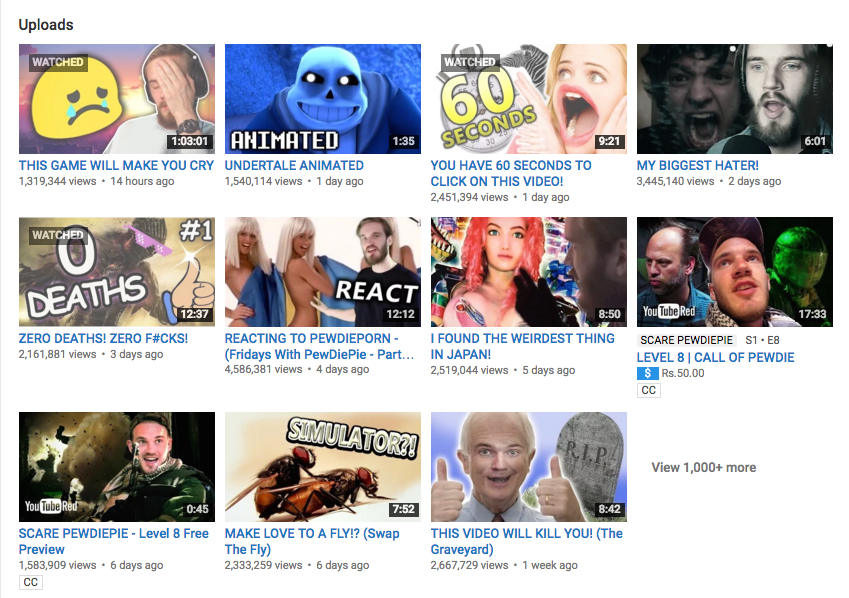 A large part of Kjellberg’s success is due to his ability to produce perfect content for millions of young people. His hilarious narratives and amusing reactions to video games brings viewers back to his channel over and over again. Incorporate the above strategies to achieve success like PewDiePie.

Manasa Boggaram is a writer and has a strong passion for music, positive news and constructive journalism. When she is not researching story ideas or writing blog posts, she spends her time reading books, discovering new music and eating lots of street food.